The USB 3.0 Promoter Group has announced that the development of the next generation of USB plug has begun. Nothing is designed yet, but in the nearest future can expect a newly designed USB connector which will have the following key features:

Not clear yet if the new connector will be compatible with existing USB 2.0, but I am sure there will be adapters on the market at least. 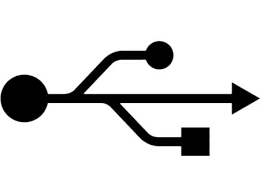 Yesterday, Novemer 20th 2013, Google introduced a debit card called "Google Wallet". According to the company's blog, this card can be used for purchases in stores and withdraw cash from ATMs in the United States only (for now).

It is sad, but AOL has decided to shut down Winamp project on December 20, 2013. Today they released the last version of the player.

Winamp was initially developed by two guys in 1997 and quickly became popular. Then AOL bought this project in 1999. I remember it was my first choice music player on PC.

If you always wanted a smartphone but never had enough money for that, you might will get a chance to get one soon.

Yesterday, Motorola Mobility (in fact it is Google now) introduced a new low-cost smartphone called Moto G (Does "G" mean "Google"?). Motorola claims that this new smartphone won't lose in performance to current high-end expensive smartphones such as Samsung and iPhone. The announced price will be $179 for 8Gb model, and $199 for 16Gb.

Here are the key feature of the new Moto G smartphone:

In the statement Google has reminded users that they support latest version of Google Chrome as well as the current and prior major release of Firefox, Internet Explorer and Safari on a rolling.

So, now the latest IE version is 11, which means that Google will officially support 10 (previous) and 11 (current) versions. This is interesting because a lot of IE users are still using IE9, and even IE8. All those users will be notified when use Google services.

If you work in a relatively big IT company or team, you might heard about JIRA.

After a number of rumour and speculations, it seems that Samsung is going to win against LG in a fight to be the first on the curved display phone market. Recently, Samsuang has officially announced the Galaxy Round, one of the first smartphones with a curved OLED display on the market.

It seems that Samsung Galaxy Round will be very performant which will make it very attractive for geeks. Announced specs are:

The phone will cost around 1000$ on the US market.

It is noteworthy also because a while ago LG also announced their plans to release a smartphone with curved OLED display.